Some post their travels. I have an FBB that I swear is running from the law. He is never in the same place for two weeks at a time, but where he goes is really interesting and postworthy.

So I asked myself, I said “Self, why do you like to post?” The answer came back kind of garbled, but what I gather is that I really enjoy writing, I really enjoy connecting and I really enjoy the workings of the minds of others. My FBB Randy is hilarious in a laid back, cynical, sacreligious sort of way. FBB Sean is all over the place, but mystically riveting. Tim appears to be on an extended vacation while running an international business and raising two gorgeous little girls with his gorgeous wife. FBB Peter has a love affair with the inside of a 757, is there, more than he is at home. Tammy is out to make the world a better place, one post at a time. I just enjoy the hell out of the whole process.

I have lived, on and off, in the Middle East for a long time. I have lived in Israel, Egypt, Turkey, Saudi Arabia, Kuwait, Syria, Pakistan, Afghanistan, Oman and Iran. I have traveled to Abu Dhabi, Bahrain, Dubai, Morocco and Jordan. As of today, looking back, I have no understanding of why the people of the Middle East live in constant turmoil. Somebody asked me once why the people of the Middle East hated us so much. I answered, they don’t hate us, they hate everyone. The Iranians hate the Iraquis, the Iraquis hate the Turks, the Sunnis hate the Shia and everyone hates Israel.

Of all the places I have lived in the Middle East, only one place made me feel uneasay with dislike (a little softer term than hate), and that was Kuwait. I always had the feeling of inferiority and disgust living there. We were a scourge, unholy, our women all whores ourselves unclean. I didn’t really like it there, so we left at the first chance we got.

Israel was our most enjoyable tour, an amazing country with marvelous people. One day, as we strolled Diesengoff Street, window shopping, we heard a loud bang (it was a truck backfire). We looked around and saw that we were the only two people still on our feet. Everyone was on the ground, covering in place. That mentality comes from constant bombardment from their neighbors, Hammas, Lebanon, Syria, Gaza and the Left Bank. I always wondered why a culture so strong in intellect would live in such a constant state or turmoil. Every US President since FDR has made an attempt at creating peace in the Middle East, especially peace between Israel and Palistine. When I am asked why there can’t be lasting peace, I say they have been fighting for over 2000 years, there will be, most likely, no peace ever in the middle east.

The sadness is that it just gets worse and worse. Most of the young people in the Middle East have never known anything other than war, fighting and dictatorship. Many are tired of it and have moved to more peaceful lands. As we have seen however, they bring their hatred with them. They fail, in the most part, to assimilate and get along in their new surroundings. An enigma to be sure.

Google “Easter” and click on “Images”. Up comes everything imaginable that has anything remotely to do with Easter. The most popular images are of colored Easter Eggs, in the typical dyed blue, orange, pink, purple and green; to the maticulously colored Russian Easter Eggs. Next come the little bunnies, ham and big bunnies, you know the Heffner type. There are even images of Easter Island. If you look long and hard you will find one of two pictures of Jesus Risen, the true meaning of Easter.

I remember enjoying the colors of Easter at church when they went from purple during the lent, to the pristine white of Easter Sunday. The colors of the vestments always impressed me. I remember the catechism stories and the image of Christ on the Cross and what they meant to me as a young boy. I remember the 114 Stations, singing in the choir, experiencing communion and the holiness I felt at that time.

I have strayed over the years, and it has been a while since I have crossed the threshold of my Parish Church. Somehow I have succumbed to the hype of Easter. The Tulips, the chocolates, the Easter Egg Hunts, the candy corn, the yellow baby chicks. I think it is time to get back to basics and remember the real reason for the day. 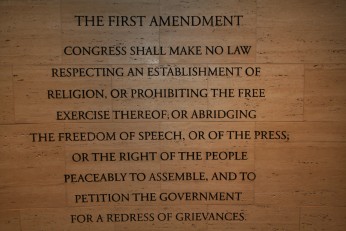 Note the phrase “Peaceably to assemble”. The freedom of speech apparently has no definitive limits, but it does, in my opinion, have moral limits. The happenings is Chicago last night were a mixture of violent and nonviolent assembly. There was chanting, poster waving, single digit waving, fist fights and police baiting going on all at the same time. The police, I feel, did a magnificent job corralling and finally disbanding the unruly crowd, while the ruly group stood behind barriers and demonstrated peaceably.

Martin Luther King was the father of peaceful demonstration and was highly respected for it. He got things done as well. Some of his fellow demonstrators last night were certainly not of his teaching. There were whites, as well, of questionable behavior. I noticed at least two demonstrators were cuffed and hauled off, but how can that be when there is Freedom of Speech? Moral limits were reached, police were being battered and that is when the price of free speech reaches its margins and rightly so.

There was one person at that rally that had his first amendment rights shoved in his face and that was Donald Trump. True Mr. Trump can be bombastic and outspoken, but he has never been cuffed and hauled away for his words. I believe he did the humane thing last night by calling off the rally and waiting for another day, or probably another venue. I have no idea what the cost to his campaign was in dollars and cents, but I’m sure it was a pretty penny.

In our current state of division, the people are furious, anxious, fearful and contentious; and it seems like the least little thing sets them off. When I get to that point, I stop and say to myself, “wait a minute, this is the greatest country in world we don’t act this way”. What we need to do is roll up our sleeves and do everything we can do to repair the devistating damages brought to our grand land in the last eight years. We are not viewed as a great country when we do thing like were done last night. Freedom of speech is no longer free when the country and its citizens are damaged by it. 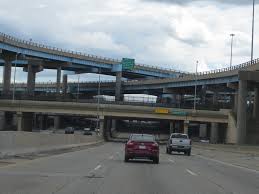 When asked why he was not going to support Federal spending on Construction Projects President Obama said, “I’m not interested in making a bunch or engineers rich.” He then went on to create one of the biggest entitlement programs we have ever known and essentially gave people money for not working. I was flabbergasted by that thought process and decided to sit down and list all of the people that would be employed, in some capacity, in order to build, say, a freeway bridge.

First, the decision to build the bridge needs to be made, hence decision makers are employed. Next come the designers and after that the contractors and subcontractors. Material suppliers figure into the mix bigtime. This is anything from concrete to lumber to steel fabrications, to name a few. It takes equipment to build a bridge, cranes, pile drivers, backhoes, loaders, trucks big and little, and the like. It takes fuel to run that equipment, so the petroleum companies figure in. The equipment needs repair and maintenance, spare parts and new tires. We are up to thousands of people at this point and we have only started.

Each one of these categories can be broken down into their individual components. For example. A concrete form requires plywood and lumber. Employment doesn’t start at the lumber store. Trees have to be grown and harvested. They are hauled from the forest to the lumber mill where they are sawed into specified sizes. Saw mill waste goes to the plywood mills where the plywood is manufactured. Lumber is then hauled to the lumber yard where it is sold by the wholesalers and their staffs. The form is then designed and fabricated into its usable shape and then set and stripped by the contractor’s carpenters. Breaking everything down this way we are now at hundreds of thousands of people.

I have been a Civil Engineer in the Construction business for 45 years and I can tell you I am not a rich man, but I will tell you I am satisfied with my lot,  I am proud of my accomplishments and I enjoyed going to the job every single day of my working life, which continues into my retirement. 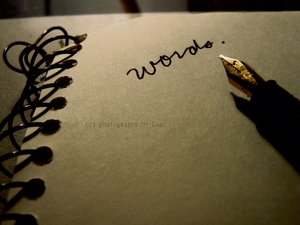 I’m a retired Civil Engineer that has worked 45 joyous years in the Construction Industry and every once in a while I am hired to do some consulting work from my home. I have accepted a gig on a fairly large project to take place in Seattle Washington estimating the projects cost. It is a difficult, intricate, tedious project performing work that is unusual, to say the least. It has taken most of my mental time lately, which takes me away from blogging and writing. It is lucrative work, but I am starting to think that there is nothing I would rather do than put pen to paper and create words, thoughts and stories.

To answer the question in this blog’s title; All writing is good writing.