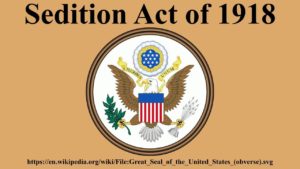 Dear Attorney General of the United States,
Sedition
səˈdiSH(ə)n
noun    1. conduct or speech inciting people to rebel against the authority of a state or President.
The First Amendment
Congress shall make no law respecting an establishment of religion, or prohibiting the free exercise thereof; or abridging the freedom of speech, or of the press; or the right of the people peaceably to assemble, and to petition the Government for a redress of grievances.
Where does the First Amendment end, and The Act of Sedition begin?
Maxine Waters recently called for the shaming of Trump Administration employees, at a ralley, screaming “Where ever you find them (Trump Administration Cabinet members); in a restaurant,  a department store, a gas station…….tell them they are not welcome, tell them we don’t want them here any longer.“
The same weekend Kirstjen Nielsen and here husband were screamed out o a Mexican Restaurant. Prior to that Sarah Huckabee Sanders and her family were screamed from a restaurant in Lexington, Virginia.
President Trump and his Administration have been  openly harrassed from their first day in office by; Maxine “Shame Them” Waters, Elisabeth “Pocahontas” Warren;  Chuck “Dump Trump” Schumer, Nancy “Viva MS-13” Pelosi and many others of the Democratic Party.
Their behavior has impeded the orderly conduct of business in Washington for too long now, and it is time to review the laws on the books that deal with such issues and take action to remove these people from Government.
Dick Jacobsen