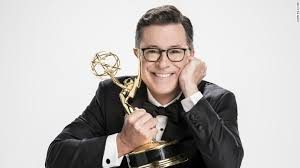 What’s really funny is, this idiot thought he was making a big leap in his career by hosting the Emmy’s. He laughed, sang danced and did everything he could to win our hearts and minds. Many of Hilary’s ‘Bevy of Beaut’s’ tuned in to watch their Golden Boy singe the screen with his toxic wit and sarcastic sense of humor. I don’t think, however, that he realized that, many of President Trumps “Basket of Deplorables’,against their better judgement, tuned in also to watch the awards. If they were anything like me, they tuned out shortly thereafter.

Hey Commish, here’s what you need to do. Since your charges are all twenty to thirty somethings, you are going to have to tell them there was a war way back in the 40’s, called WWII. Tell them that a lot of our boys enlisted for that war effort, went over there, lied about their ages; ’cause they couldn’t wait to kill a few huns. Then, Commish, tell them a little about D’Day, like the fact that 2,500 of those boys died that day, and then show ’em the video above. It’ll confuse them, ’cause it ain’t the typical video they are used to. 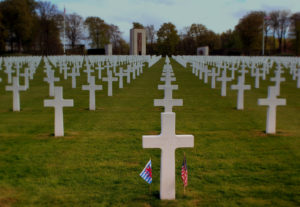 Then, Commish, show them a few shots of the memorial at Colleville-sur-Mer, France. Let ’em take all that in. Then, Commish, tell ’em that the requirement for them to continue to play in the NFL, is, they have to find one of the survivors of WWII, (or Korea, Vietnam or The Desert Wars), then walk up to him, then take a knee, and then thank him, from the bottom of his millionaire heart, for the man’s service. Tell ’em, Commish, they better hurry ’cause there ain’t many of those WWII heroes left.

And Commish? If they don’t get it after that………they never will, and we’ll underastand. 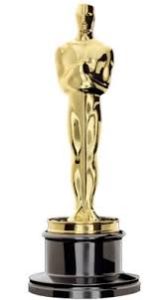 I used to think that Actors and Actresses were kind of ditsy people who couldn’t decide who they were, what kind of life they wanted, or what they wanted to do with their lives. I mean, the average marriage amongst them probably lasts an average of 3 to 5 years, or before the money runs out, or the star fades, or until the sex thing wears off, or whichever comes first. I could never understand how they could play in a shoot-em-up movie, one day, and then be in a gun control ad the next. It seems strange, to me, that they puff on cigarettes in a movie, and then take money for a ‘stop smoking ad’, because they care. Seems more like double dipping to me. But the ones that get me the most are the ones that host lavish parties, costing millions of dollars, for political entities like Obama, who then feels he needs to contribute millions of our taxpayer dollars to Ruanda, rather than veterans. Why don’t they just send the party money to Ruanda, and stay home and watch one of their movies, or TV reruns.

Although I still hold onto those thoughts, I’m now wondering if it isn’t their fans and followers that are ditsy. I mean watch the fans fall all over the celebs at the Oscars, screaming, sobbing, throwing undergarments, waving their arms, quite a scene actually. I can’t understand why the fans hang one every word the celebrity utters at Political Rallys, Political Conventions, Political ads. The celebs are certainly entitled to their political opinions, leanings and ideologies, but they don’t know any more about what they are talking about then does the man on the street, but yet thousands of fans look up and drool as Katie Perry says, “Can’t we all just love on eachother”. As profound as that statement is, I have no clue what it does to combat terrorism, fix immigration laws or ‘Make America Great Again’.

So now I’m lost, at an impass, pondering and posing who is the ditso, the one who can’t figure it out, or the one that idolizes him/her.