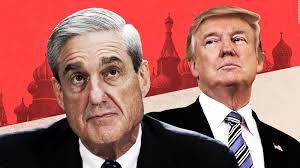 In 2016 we witnessed an election being won by hard work, guile, bluster in the truest American Spirit. Little Marco, Lyin Ted, Cheating Hillary, Low Energy Jeb, “Lock Her Up”, Billy Bush, Basket of Deplorables, Stormy, you name it, we heard it. One of the wildest rollercoaster rides I have every witnessed in my 59 voting years. At the end, the Dems rent a Glass Ceilinged Arena through which to launch their shoe-in candidate; and the Reps hunkered down in their election eve headquarters not believing they could win. As I sat and watched the returns I couldn’t help remembering Donald Trump flying into our little rural town of Redding, CA Airport, just days before the election, where he stood exhausted at a podium with an “Elect Trump/Pence” sign precariously hanging ready to fall off, telling us he spoke from his heart and ‘notes on the back of an envelope’. I said to myself. This guy is a worker, he’s rich but not an elitist, he is doing everything he can to win. Then on November 8, 2016 it is heard, throughout the land, “Donald Trump Wins”. And he won it fair and square.

On May 17, 2019, five months after inauguration the Mueller Investigation begins to investigate Russian Meddling in the elections. The Clinton Machine then begins a hue and cry accusing the President. Strock, Paige, Comey, McCabe instantly become household names. Flynn and Manafort are indited and convicted of everything but meddling. Heads fall, but none of them have the Trump coif. We are 19 month and some $20 Million into this fiasco and Mueller announces that there will be no findings made until after the mid-term elections. Why? Why wait?

When I have had enough of political shenanigans I go “putter”. I go to my man cave, out in my tractor shed, and build bird houses. To keep me company I listen to the EIB (Excellence in Broadcasting) Network and try to make sense of it all. Yesterday Rush was discussing what he thinks the Mueller tactics might mean, and had much to say, as you might expect.
1.) One theory is – The Special Counsel, in all is rightousness (the quality of being morally right or justifiable), must never do anything that could be interpreted as “interfering in elections“. Rush said there might even be a law or rule that demands that. That doesn’t pass the sniff test for me, because the Mueller Investigation is nothing but interfering with elections. It was all established and fed by the Democratic/Clinton machines with one thing in mind and one thing only, sink Presidnet Trump.
2.) Theory 2 – Mueller isn’t finished yet. He is still waiting for something to surface that will smear President Trump and give rise to impeachment. Makes sense.
3.) Theory 3 – Mueller and company hasn’t earned enough money yet. Mueller (as distinguished jurist) and Comey (FBI Director, etc.) have been a tag team for years setting each other up with lucrative jobs earning each other millions of dollars each. The gravy train hasn’t arrived at the station yet. Holds water.
4.) Theroy 4 – There isn’t enough information yet for anyone to write a book.Could be, but I doubt it.
5.) Theory 5 – It might make; a) Mueller look bad; b) the DOJ look bad; c) the Clintons look bad; d) the entire Democratic Party look bad; e) All of the above. Now somehow that rings true to me assuming Mueller has the balls to tell the truth. What do you think?

Why President Trump hasn’t fired the whole damn bunch, baffles me. The whole thing is a farce and a hoax and a huge waste of taxpayer’s hard earned cash. The people of America have not benefitted one iota. Why do we have to continually have to suffer this foolishness? 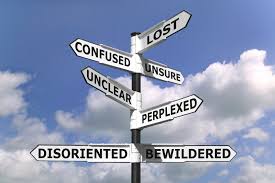 I am at a crossroad. I am being told that a man that I admire intellectually; since grade school, has strived to become a Supreme Court Judge, but along the way has had a few stumbles like partying and drinking to excess regularly, womanizing, running drug rings and sex slave cults.  I have a woman with a PhD in Educational Psychology, telling me she was sexually compromised (nearly raped) by a man when she was in college and at age 51 has still not come to grips with it. I have scientists (and non-scientists) telling me that man, is singlehandedly causing global warming and the earths demise. I have people telling me the Holocaust didn’t happen. Recently I had a friend, whom I love and admire, tell me that the “President’s Alarm” is a Big Brother ploy to infiltrate our daily lives and spy on our cell phone activity. I have heard speech after speech telling me Socialism is good/bad for me. I have heard, as I am sure everyone has, especially at election time that Candidates are Saints/Devils. What am I to believe? (Keeping in mind here that I am 80 years old, with a tad of historical background.)

When I am perplexed, bewildered, unclear, or confused, I make an effort to gather facts, data and historical information to shed light on the my quandary.
1.) When it comes to election palaver the thing I am guided by is a saying by Mark Twain, or Will Rogers. “Remember that after all the slurs, slings and arrows have been hurled before election day, you are charged with voting for and living with one of the creeps.” Or something to that effect. Get it?
2.) Is Socialism good/bad. I am the first generation son of Danish Immigrants who left Denmark in search of a better life. I will say no more, except, Socialism is not good for Americans.
3.) My wife and I were recently evacuated from our home due to the devistating Carr Fire in Redding California. Phone Calls from friends and finally a Red Alert on my cell phone from CalFire convinced me that I had best clear out. I was evacuated for 10 days, the fire literally licked at my front door, but all was saved, most importantly my wife’s life and those of my pets. I think the “President’s Alarm” is a good thing.
4.) Nearly 25,000,000 (Twenty Five Million) people died as a direct result of World War Two. Around 6,000,000 humans, 25% of the total were of Jewish descent. People of Jewish descent equaled less than 1/10 of 1% of the World Population at that time. That, to me is a pretty good indication that the Jews were singled out for horrific deaths and that the Holocaust really did happen. There is also the glaring fact that I lived through that period of world history and was well aware of what was going on.
5.) The Earth is 4,543,000,000 (4.53 Billion, with a B, years old). Humans have inhabited earth for 200,000 (Two hundred thousand years or .0044%). History has recorded human activity for 6,000 years (6 thousand or 0.000132%). Those 200,000 year olds were of a primative sort, and probably had little effect on warming. The Industrial Revolution started in mid-1700’s, but it wasn’t until the mid-1800’s that the world started belching steam and smoke. We are now in the early 2ooo’s, 180 years later, (or 0.000004% of Earth’s age). I have a very hard time believing that man, in that period of time, as come to comprehend the earths climate cycles, although we do understand (I think) that Ice Ages occur every 100,000 years, and Saharan Cycles occur every 20,000 years. Obviously there is more to this topic than this paragraph, but this is enough to make me thank the President for standing up to the Paris Accord money pit.
6.) I remember “petting parties” in the 50’s, when I was in highschool, when both boys and girls got together, consentually, had to sneak alcohol, smeared lipstick all over each others faces, smudged (caused something to become messily smeared by rubbing it), and knotted up the angora on our girlfriends sweaters and then, with hormones raging, went home and took a cold shower. I’m sure the vast majority of us, boys and girls alike, were there for the experience. Some of us had good experiences (thanks Doreen, to this day I remember your pink softness and sweet smell), others not so good. The 80’s were another 30 years in the making, fully absorbing the “Lovin 60’s and Swingin 70’s” and I’m sure that alcohol was more prevalent, knowledge was vaster and expectations were higher. The desire for experience was just as powerful in the 80’s, I am confident of that fact. I’m sure the 80’s experiences were good and not so good, as well. Enough said.
7.)  It is hard for me to understand how a person who has strived to be a Supreme Court Judge all his life also found time to be passed out drunk on regular occasions, a serial rapist and a drug lord. (Ted Bundy does come to mind, but he didn’t serve 28 years in public service, mostly as a Judge. Serial raping seems like something you would do earlier in life, but certainly not in highschool or while on the bench.) I also have a hard time convicting someone when there is no corroborating evidence that a crime was committed.

I guess, when you look at it, I’m not as confused as I thought.