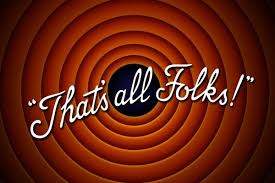 As all my friends know by now, I am 80 years on this planet, and I have seen my fair share. Eisenhowers’ and McArthurs’ deaths touched me very deeply and signaled the end of the Field Marshall War Era. Television marked the end of the Radio Era. Beta and VHS Tapes marked the end of the (331/3, 45 and 78RPM) Vinyl Record Era. CD’s ushered in the Digital Era as Beta and VHS Tapes were relegated to attic storage. Kodachrome, Argus C-3’s and the SLR Camera Era was kicked to the curb by iphones. These, and thousands more, I have experienced and I am sure that thousands more will come without my experiencing them. 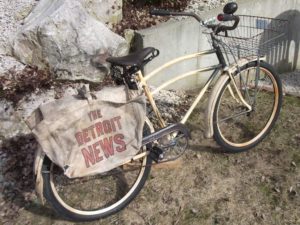 In 1948, as I turned 10 years old, one of my buddies offered me his paper route. He was moving and could no longer handle the job. Side by side, for two weeks, we rode our Schwinn Newsbikes (Similar to the one above) through his 100 paper route throwing box folded San Mateo Times papers as close to the front doors as possible. We made three folds in the paper forming a pocket and folded the remaining end into the pocket forming a box and the neatly stacked them into the saddlebags and hung them over the rack over the rear fender. It became second nature to reach back with my left hand, grab a paper and sail it like a frisbee onto the front porch welcome mat. Half-way through the route when one saddle bag emptied, I had to stop and turn the saddle bags, to sustain my left-handed delivery. I had to collect the monthly payments (and tips) from my patrons and turn it in to my employer. I think I earned $30 per month, which was a kingly sum in those days.

My earliest recollection of reading the News Paper was during WWII when Dad would open it after dinner and show us the latest battle line maps that appeared daily to keep us abreast of how our brave boys were doing over there. I subscribed to a Daily Newspaper my entire working life but had limited time to read it. When I worked overseas, I made do with the International Herald Tribune and some local English Newspapers. When I retired, fourteen years back, I subscribed to my new local newspaper for $120 per annum ($10 dollars/mo.). Some five years ago, the newspaper changed owners (USA Today bought out Scripps). Shortly thereafter I was told that the news was going up to cost $180 per annum, and for the first time seriously thought about stopping the paper.

Today I received a letter from the Record Searchlight saying my subscription price was going up to $600 per Annum, a 333% increase. In a phone call the senior editor told me that the change-over to digital is driving the cost increase as fewer and fewer people are wanting printed news. That’s All Folks, the Passing of an Era.