It infuriates me when the Media out and out lies to make our President look bad. We all know that President Trump ran on the “We’re gonna build that wall folks, that I can tell you,” platform. 63,000,000 people supported that platform, me included. A secure border, with a country that disrespects our sovereignty, is a necessity. (Note: We don’t have a wall with Canada.) Trump is working very hard to make the wall a reality, and the News Media, for some unfathomable reason, is doing everything it can to stop it.

Last night I was watching CBS Evening news, which Trump bashed for at least 60% of the time, and a stalwart reporter came on to report on the wall and how it was coming along. She blurted out every negative thought she could concerning the wall and then ended with, “It could cost the American Taxpayer as much as 40 Billion (with a B) dollars…….Anthony.”

Forty Billion dollars is $40,000,000,000. If we build the wall over every foot of terrain between the US and Mexico that would be approximately 2,500 miles. Do the math and that means, according to CBS News, the wall will cost the American Taxpayer $16,000,000 per mile. That is $16 Million dollars per mile. As a person who has spent his life in the construction business, I would kill to build every single mile of that wall. The reporting is misleading and irresponsible. Shame on you News Media. Shame on you. 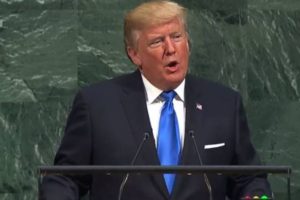 Barak Obama was, and I suppose still is, a Speaker. He currently makes $400,000 a speech. He crafts and hones his words, he practices hand motions, facial expressions, shifts side to side, and rarely, if ever, says anything worthwile. Every word is politically correct and designed to appeal to a narrow group of people. He is extremely smart and uses his intellect to beguile. He is a handsome man and uses his appearance to seduce. He is a very persuasive actor.

On the other hand, Donald Trump is an orator. I define orator as someone who has something to say and says it plainly and simply so that everyone can understand him. He does not mix words. Speaking to world leaders at the UN he said, “In everything I do I consider the well-being of America and American’s first. Every leader of every sovereign nation should consider the well-being of his nation and it’s citizens first.” No word-smithing there. Easy to understand, and it says something.

I listen to every word President Trump says when he speaks because he speaks from the heart, and he says what he thinks. He uses words I understand, and I don’t feel that he is reaching into my back pocket every time he opens his mouth. Some feel that is offensive, not me, I feel it is honest.

I strongly recommend that you listen to his UN speech. I have no questions in my mind how he feels about the UN, Kim Jong Un, The Iran Neuclear Deal and Russia. I know where my President stands, and now, so does the entire world. 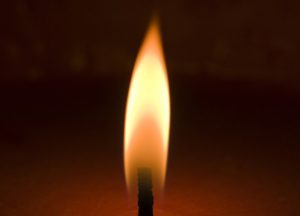 Years ago a Celebrity was someone that most people revered, looked up to, adored, and yes, worshiped; for pursuits ranging from heroism, stardom, athleticism, good works, religion and other pursuits. We have elevated many of our midst to ultra levels of acclaim and accord for their hard work and hard earned capability. Some of the celebrities that I embraced over the years include, Franklin Delano Roosevelt, Dwight David Eisenhower, Cousin Evald (a WWII Pacific Ace), Moshe Dayan, Golda Meir, John Kennedy, Paul Newman, Robert Mitchum, Grace Kelly, Bob Fossey and, of course, many others. Celebrity, to me, meant popularity (the state or condition of being liked, admired, or supported by many people). Celebrity, to me, also carried with it elements of respect and esteem, and a genuine appreciation of accomplishment.

Last Sunday night the Emmy Awards was held to honor Celebrities in the Television Industry. The Industry chose Stephen Colbert to be Master of their Ceremony. Oprah Winfrey sat up front ant center, as did many other smiling, tittering, ignoramuses. As the evening wore on, literally, the jokes and inuendo became so disgusting that I and everyone else watching with me wanted no more, so we shut the television off and stared at each other speechlessly for several minutes, and then we all realized that we and 62 Million other prople had just been terribly appallingly maligned.

We had a rousing discusssion about how disgusting the “Award Shows” have become and how wisdomatically the television academy had chosen as its master of ceremonies, one of the most disgusting people on the Planet, and featured close seconds, Alec Baldwin, and Melissa McCarthy. Several said that they thought that they thought they had noticed a few audience members showed signs of guilt and regret, but felt that they were in the vast majority. We then realized that we were actually supporting the disgusting behavior of the television industry by watching their

Apparently my friends and I are not in the minority judging from the criticisms from the news media and social media. “The Emmys have reached a new level of popular appeal…….Rock Bottom”. Congratulations are in order to Colbert for bringing the Emmys down to his level of capability.