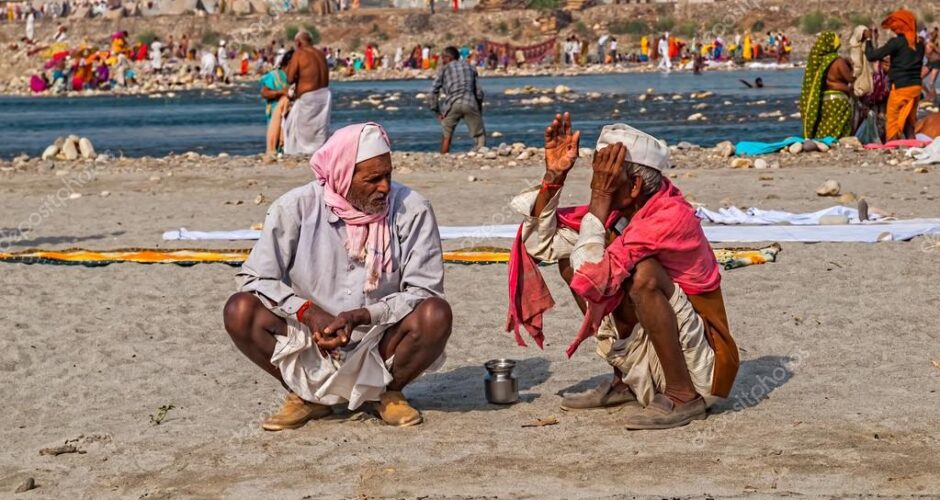 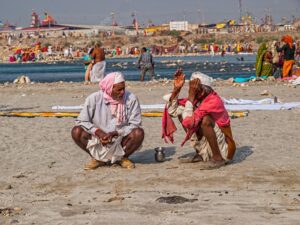 Two Hindus Discussing the Problems of the Day

“Amava” I am telling you this heat is killing me”, Rakshan laments, “even here near  lake Shasta it is getting very hot”.

“Rakshan, I agree with you, but you know we have nothing to worry about because Governor Newsom has come down very hard on PG&E to make sure that the electrical grid stays operating during the hottest of summer days.

“That is such good news Amava. Last year, 2019 was a very difficult year with PG&E shutting down all the time when the winds increased. It is very difficult for PG&E to keep their 200 year old poles standing under under the stress of those 10 mph wind forces”.

“How many outages have you had so far this summer Rakshan”?

“What was your average outage time”?

“Doing the math Amava, that means your power has been out the entire summer”.

“You must remember, Redding is a third world country Rakshan”. 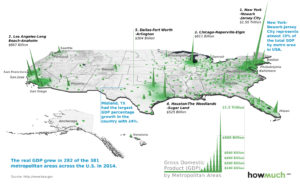 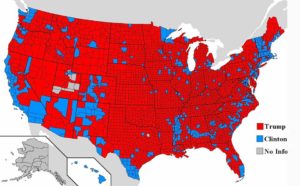 The Media, Democrats, fringe left podcasters, and all nutjobs in general accuse the Republicans of being the Fat Cats, the Wealthy and the Greedy Businessmen. Take a look at this.

The top diagram shows the sources of wealth in the United States, and the diagram on the bottom shows the Blue locations that voted for Clinton in the 2016 Election. ANY QUESTIONS? Please wake up America and check your facts. 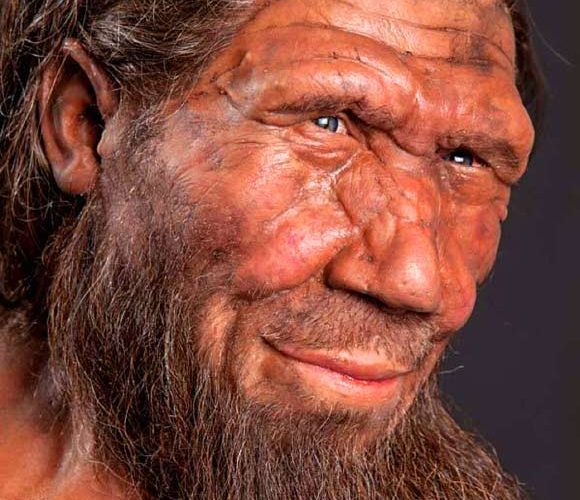 Well I just received my “23andMe” reports on my Ancestral DNA. The reports have confirmed many of my presupposed ideas that my heratige is 53% Scandanavian; 12% British/Irish (bringing in the Viking element), 28% French/German, and the remainder broadly Northwestern European. I already knew this as a result of my one and only trip to Denmark where I was able to trace three generations of Scandahouves on my father’s side (going back to the early 1800). The Vikings landed in Ireland/England in the early days.

The 10% Neanderthal Variants thing started me thinking though. This means somebody in my family tree swung down and had sex with a Neanderthal at least 40,000 years ago, and I’m still taking the hit for it today.

So…..to all the girls I’ve loved before, especially those of you who screamed “You Neanderthal”, at the end of our date, you were right. Who knew.

One day when I was learning to fly, my flight instructor asked me what the pattern altitude was for an airport at which we were preparing to land. In order to answer I had to locate the airport in my Jeppesen Pilot Manual. That was easy, it was in big, bold print and easy to find. Next I had to locate the runway elevation and then add 400 feet. I hemmed and hawed for what seemed a lifetime and sheepishly looked over to my intrepid instructor, Gary Jestice and said, “Print’s too small”. “That’s it, no more flying until you get glasses”, He harumphed with authority. So I started wearing glasses when I was 40 and lost at 6500 feet.

The glasses got thicker and thicker as time went on, when along came cateract surgery. I first registered my desire to have cateract surgery when I was about 67 or so. Dr. Janet, my supersweet Optometrist, who I taught to make fresh pasta, told me she didn’t like to recommend cateract surgery until age 75 or more. Finally the day arrived and 20-20 returned. Everything went fine until I started to develop an irritating haze. No problem, Zap, Zap with another laser and it was gone, or so I thought.

Two years of marvelous, clear, un-squinting vision ensued. One morning I woke up and there were two worms swimming in my right eyeball. “Floaters? What the hell is a floater?”. I asked. That happens when your eyeball tears away from your retina. Dr. Janet and I looked at the orange eyeball photos she began to amass on her computer, and sure enough, there they were, floaters. I asked a million questions, fearing some worsening condition and the upshot was, “Live with them, the cure is worse than the condition.”

Living with a floater is easier said than done. For the first week I would swear that something was skulking in my peripheral vision so I constantly jerked my head to see what is was, …… nothing. When the one in my left eye occured, I was sure there was a small bug crawling across the arm-rest of my Lazy Boy, and I constantly looked down, but he scooted off before I could swat him.

Eventually your brain says, “These aren’t worth looking at.”, and they drift off out of your field of vision. I imagine that the drifting off will continue, but I wonder what it will be like when the area they drift to gets filled up with so many of them that they have nowhere else to go but back into your field of vision. I’ll worry about that when it happens, I suppose. 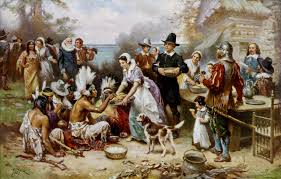 The first Thanksgiving occurred in 1621, to celebrate the very first harvest. It was attended by 90 Native Americans and 53 Pilgrams. It lasted for three days. This years celebration will be the 395th in our American history. My favorite Holiday of all. Keep the celebration alive. Give thanks. 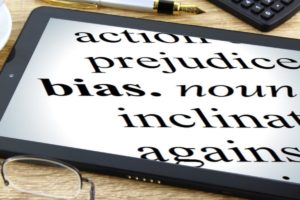 The past year, and especially the last three months, have been chaotic. The free-wheeling press emitted a spew of bias, so blatant, that I felt that I had to create my own counter attack. At first I was embarrassed for the time honored fourth estate, but later, as reality of what they were doing set in, I became angry. I virtually dedicated my blog to the support of Trump and avenging my perceived analysis of political reporting.

What I ended up doing was spewing bias of a different sort, falsely believing that I was creating fairness. I was wrong, and I apologize to all of you.

Bias: Prejudice in favor of or against one thing, person, or group compared with another, usually in a way considered to be unfair.

Debate: A formal discussion on a particular topic in a public meeting or legislative assembly, in which opposing arguments are put forward.

What I sould have done, instead of screaming my bias, was study: “Why was the media doing what they were doing?”; “What does Trump really stand for?”; “What did Clinton really stand for?”, and try to debate the facts. I now know the answers to those questions, but I didn’t know them previously because I was too busy screaming, yelling and spewing a biased position.

In his travels Donald Trump listened to the people, heard what they said, and agreed to be their champion. He knew, from the get go, that if he did that, he couldn’t lose. A person that can do that deserves to be the ‘elected head of a republic’. 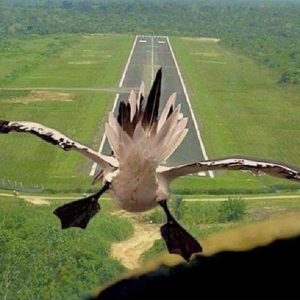 I love this image. Where it came from, I do not know, but it has great meaning to me.

Years ago, 1973 to be exact I found myself building a freeway in Arcata, California; which is near Eureka, California. I was single at the time, living in a environment surrounded by the Northern Coast Range on three sides, and the Pacific Ocean on the fourth. Isolation Central. It was a two hundred mile car trip in any direction, but west, to the nearest civilization. What to do? Learn to fly seemed to be the answer.

Gary Justice, an intrepid flight instructor out of Murray Field, just north of Eureka, agreed to take me on and recommended that I join a flying club with an airplane I could take lessons in. I followed his insructions and off we went. One of the first, and most important things to learn, as a pilot, is how to land. There are a lot of other things that are important to learn, but landing, in my opinion, ranks at the top.

“Okay Dick, line yourself up with the runway, aim for the numbers and maintain that position until flare-out and touch down”. It took two or three attempts, but I finally got the hang of it. Runway, numbers, maintain. For some reason, when you find the right spot, it feels right and there is no mistaking that you are on the right path.

When I saw this image, that feeling came back to me. This guy, is Right On The Numbers. 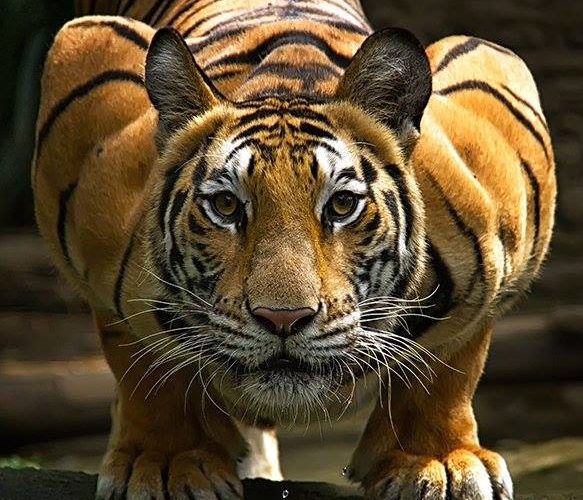 I found this image on a Facebook Post from an Australian friend of mine. “Carpe Diem”, “Early Birds and Worms”, “Sieze the Moment”, all came to mind. Get out there. Do it. Pounce.        Something for the weekend. 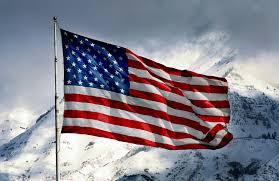 Old Glory is, The American Revolution, The Sprit of 76, 1812, Gettysburg, Antietam, WWI, Normandy, Bastogne, Iwo Jima, Pork Chop Hill, Nam, Kandahar, Mogadishu, Kabul. These are all merely wars, you say. No, I say; these are all places where those who revere and respect the Flag and for which it stands, willingly defended our freedom. It is bigger than a mere flag, a mere Army, a mere Nation, it is the heart of every patriotic American.