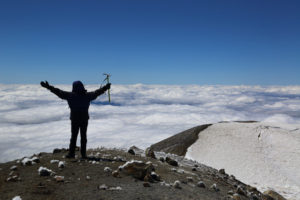 Here, on my 78th birthday I reflect on my accomplishments (Def: Things I have done successfully) and realize that however much I have achieved, however many roads I have traveled, however many times I have won, I have never done so much that I have earned the right to bring others down for theirs. Bashing others for your abhorrence of their success, for your jealousy of their triumphs, or for your own ineptitude is the greatest measure of smallness, weakness and failure.

My accomplishments (Def. Things I have done successfully) have all come from a fifty year stint in the construction business. As a Civil Engineer I chose to build things. To my accomplishments I list, one of the Camp David Accord Airbases in Israel, nominated “One of the top 125 Construction Projects in the past 125 years” by Engineering News Record. I list some hundreds of miles of freeways including hundreds of bridge structures and millions of cubic yards of earthmoving. I list countless hours working shoulder to shoulder with carpenters, masons, ironworkers and laborers in the sheer joy of “getting it done”. I identify with builders.

I am appalled at the antics of those who feel the need to bring down winners, especially bringing down those in the business I love. Jon Stewart, Bill Maher and Stephen Colbert have not earned the right to say what they have said, and have only shown us the depths of their own irrelevance and worthlessness. Shame on you boys. Is there no limit to the depth of your triviality? 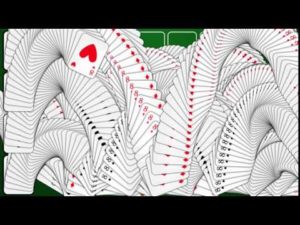 I have confessed before and I say it again I am hooked on my Solitaire App. My App, has a flaw, in that every time I want a new game I have to wait for an advertisement to load, or an ⊗ to appear so I can blip the ad an move on. The more I play, the more the ads intrigue me, sometimes to the point of distraction.

I know, or at least I think I know, that there are people who go to school who learn how to make  the ads, and all of the tricks of the trade that goes with doing it. They probably  make a decent salary doing it. As time has gone on, watching the ad intros (the hook before the ⊗ appears) I have noticed certian commonalities, and have named and catagorized them.

Absolutely insane. It must work, it is on every day. Who in their right mind, impulse buys a car or insusrance anyway? 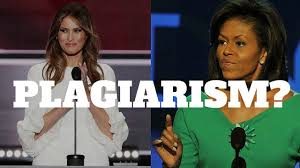 As usual, the liberal left has dug hard to find a negative in the RNC bash last night, and quickly announced that Melania Trump, in her marveolous speech, plagiarized Michele Obama. This time the media has really screwed up, and I am sick and tired or the liberal press and the left leaning media in general constantly leading their RNC reporting of the news with a negative.

“Work hard for what you want”, “Treat people with respect”, “The strength of your dreams is defined by your willingness to work for them”. COME ON PEOPLE, WHEN WAS THE FIRST TIME YOU HEARD THAT? Was is Michele Obama in 2008? Was it Melania Trump in 2016? Nope, I don’t think so. (As a First Generation American born son of Danish Immigrants, Melania’s speech was Deja Vu – all over again.)

I can tell you the first time I heard it. It was sometime in my Junior Year in High School (1955) when my Coach pulled me aside one day. I heard it again from my Mother (1956) as I struggled with High School. And I heard it again (1956) when my Dad took me to a bus station to get on a Greyhound bound for boot camp. If Melania plagiarized Michele Obama, then Michele Obama plagiarized every responsible American mother and father since 1776.

God Damn it liberal media, wise up and knock it off. Your bias is so blatant, it is embarassing.

I also noticed that the stellar press didn’t draw any comparisons by Michele to Melania’s speech about her love of her new Country and her hard earned Citizenship. In comparison, what was it that Michele Obama said on February 18, 2008? I think it went something like this. “This is the first time in my adult life that I have been proud of my country.” Interestingly enough, Melania didn’t plagiarize that proud American statement. 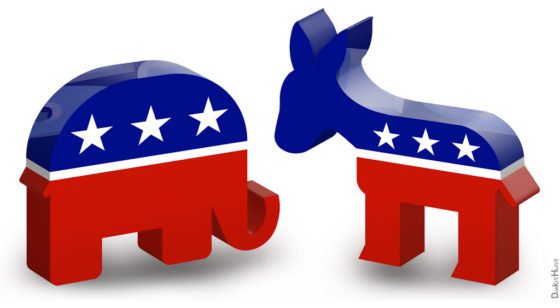 I was reading the paper this morning and I said ot myself, “What has happened?” “How has the Republican Party allowed so much change to occur in conservative government?” “How have they let it sink this deep into the abyss, without a fight?”

And then it occured to me that the Republicans have held the majority in both Congress and Senate now for nearly two years. “Do they not care that the government is moving to the left at a lightening pace?” “It there something in it for them to allow the pendulum of equality to be locked in the left swinging position?”

Is it possible that the Elitist Movement has swallowed up every right thinking soul. Have the Republicans really sold their souls to the Elitist Devil? Lets look at this for a moment. Obama’s ratings in 2014 were the lowest of any President ever in the history of political America. The voting public got on its hind legs and decided to make a change, and handed the Congress and the Senate to the Republican Party on a silver platter. It’s been two years and still nothing has happened. Even removing John Boehner had no effect on the blance of power. Still Congress faltered, still the Political System did nothing but filibuster and stalemate progress. Obama, Peloci, Reid and Feinstein all kept marching down the same path with McConnell, Ryan and McCain tripping over themselves to remove any obstacles to their paths.

Now there is someone who says he has had enough. He says he is tired of the Politically Correct, Intellectual (?), Elitist crowd and wants to make sweeping changes. He says he wants to make America Great again. Through a raging storm of Political Mud, the ‘Conservative Right’ has turned their backs, and still this person persists and gains ground. Finally someone comes along with the clout, bravado and financial backing to do something about the last eight years of left leaning insanity and few among the Republican Conservatives have stepped forward. Even Mitt Romney, for God’s sake, has turned coat.

What has happened? Think it through very carefully over the next four months. 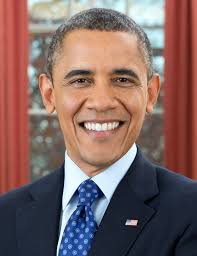 Couldn’t help but notice a couple of articles in our local liberal rag this weekend. The weekend we honor our heritage, our independence, our love of country and our values, Dufus decides he is going to ‘campaign for Hillary‘. So what’ wrong with that, you ask.

1.) The President of the United States, POTUS, is the President of ‘THESE’ United States, ALL 50 OF THEM, including Guam, Puerto Rico, Northern Mariana Islands, The US Virgin Islands and American Samoa. He is the (So called) President of ALL OF US. So why is he Politicizing the election by supporting only one candidate, and marginalizing the country. WHY? Because he only cares about himself and his party leaving the rest of us to think for ourselves (thank God). As an American Citizen, I demand equal time for Trump.

2.) He is going to amass costs during his campaign romp that will be paid for by me, and he is therefore taking money from me that I would donate to Trump, who is my choice for President. He is cheating me out of my support for my candidate. As an American Citizen, I demand that he repay that money immediately. Behind that greasy smile (above), is a man bent on cheating half of the population of their right to individual choice.

3.) He is swaying voters from the bully pulpit, a trick that only divisive Presidents have used in the past. Did you see the photo to him carrying boxes of Pizzas into one of Hillary’s volunteer headquarters? “Man isn’t he cool?”, “He is the coolest President ever.” I can Hear the thoughts of the Hillary faithful all the way from here. What a travesty. As an American I demand Pizza for Trump volunteers as well.

Another Obama hater, you say. Just another racist, you accuse. THINK ABOUT IT!!! We hail from the UNITED States, not the UNITED DEMOCRATIC States, the President wants you to believe. SHAME ON YOU Mr. President, for besmirching and tarnishing the most patriotic of weekends, for ALL AMERICANS. You take the prize.